Strong roots. Hidden treasures. Binntal Nature Park is a Regional Nature Park of National Importance. It lies in Upper Valais and encompasses the six villages of Binn, Ernen, Grengiols, Bister, Niederwald and Blitzingen. The park's main aims are to preserve the beauty of the area, promote the local economy, educate the public and raise awareness about the park.

The local people decided to turn their valley into a conservation area as far back in 1964, at a time when very few people talked about protecting the environment. Since 1977 an area of around 51 km2 of the Binntal has been listed in the Federal Inventory of Landscapes and Natural Monuments of National Importance. In 2002 the villages of Binn, Ernen and Grengiols launched a project to set up a nature park, and seven years later the villages of Bister, Blitzingen and Niederwald joined in with their support. The result was the creation of the Binntal Nature Park, which received the federal Regional Nature Park label in 2011. 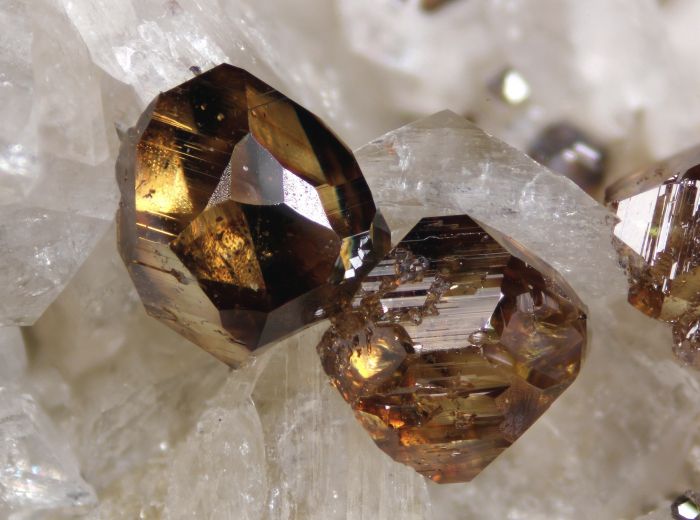 The Binntal is particularly well known for its minerals. No other area in the Alps is so rich in semi-precious stones. 270 types have been found so far, around 130 of which were discovered in the Lengenbach mineral quarry, a very important site internationally and one where minerals are still mined. More than a dozen of the minerals are found exclusively in the Binntal.
The park is also famous for the richness of its flora. For example, the rare Valais stock and the ladies' slipper orchid can be found flowering in the Twingi Gorge, on the Breithorn Edelweiss and many other alpine flowers are abundant, and in late May the meadows around Grengiols are covered in the Grengjer tulip, a wild variety found exclusively in this location.

Binntal Nature Park has a valuable cultural landscape which is worthy of protection. The villages and hamlets with their sun-tanned houses are so well preserved that they are classified as sites of national and regional importance. The hamlet of Mühlebach houses the oldest village centre with timber structures in Switzerland. The village of Ernen, which is transformed each summer into a venue for world-class classical concerts, was awarded the Wakker Prize in 1979. An ancient transport route runs through Binntal Nature Park from Grengiols and Binn via the Albrun Pass to the neighbouring Parco Naturale Alpe Veglia e Alpe Devero in Italy. The park also offers many culinary delights in the numerous excellent restaurants to which it is home. 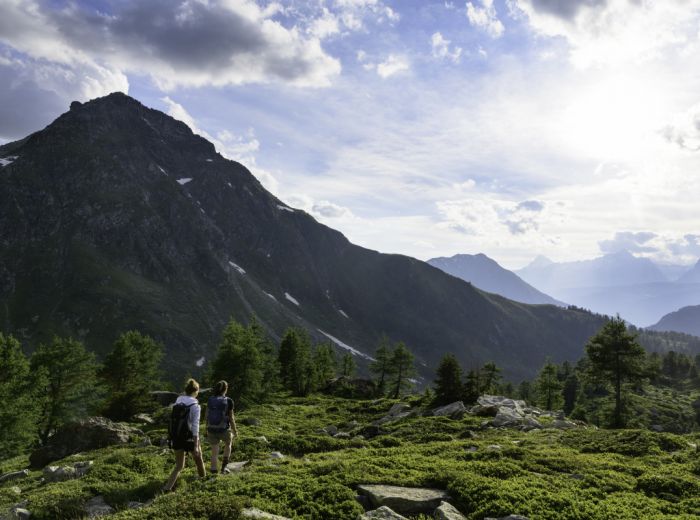 There are no large tourist destinations in Binntal Nature Park, but the whole area offers a wealth of cultural landscapes still maintained with much effort and care today. Countless kilometres of marked hiking trails invite you to explore the area on foot. In winter you can enjoy the snow-covered landscape on beautifully prepared winter hiking and snowshoe trails or on touring skis. The park area is also an ideal starting point for the cross-country skiing trails in Goms and for the popular Aletsch Arena and Bellwald ski resorts.

Binntal Nature Park's two main aims are to preserve the beauty of the area and promote the local economy. The local councils and the local people see the park as an opportunity to strengthen the regional economy, developing new offerings such as soft tourism, cultural tourism, and local agricultural products in order to encourage inhabitants to remain in the area.