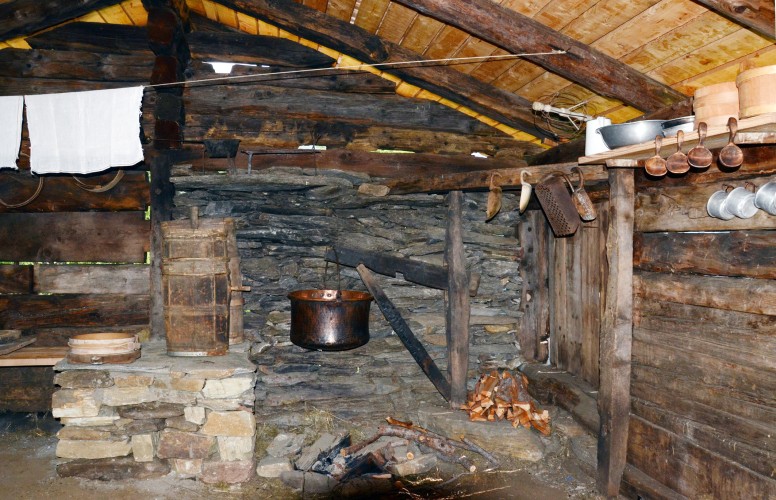 The Binntal Landscape Park authorities have created a small museum in an old alpine hut at Hanschbiel on the Binner Alpe. In summer it is only locked with an iron bar gate, so hikers can look in as they pass.

In the 1960s, the seven alpine meadows on the Binner Alpe were merged to form a single farm, with two large grazing areas and a central cheese-making operation. As a result, the alpine huts were no longer used. Nowadays nearly all huts are hired out to private individuals as weekend residences. The hut at Hanschbiel is the only one in its original condition.

Over the past two years Binntal Landscape Park restored the hut and created a small museum inside, showing how people lived and worked on the alp in the past. The roof, door and windows were replaced during the renovation work. Inside the plank bed was reconstructed, as well as the swivel beam on which the cheese vat used to hang over the fire. The museum contains other traditional work tools and utensils.

In summer it is only locked with an iron bar gate, so hikers can look in as they pass.

The bus alpin goes as far as Fäld or Brunnebiel (reservation required).
The hut museum is free of charge.